If you've been following Clemson football this season, you may have heard the phrase "Bring Your Own Guts", and you might also be wondering where that all came from. Well, it all started with Coach Dabo Swinney's speech after the rain-soaked game vs. Notre Dame. Clemson won 22-24, a close fight against arguably their toughest opponent all season. The game was played right in the middle of Hurricane Joaquin, and the rain was coming down like crazy. The Tigers came out on top and kept rolling through the rest of the regular season.
Dabo's speech started a whole wave of people off using the phrase in regards to Clemson Football. And so far, Clemson's season has held up to the meaning behind "bring your own guts." The Tigers are 13-0 and ranked number one going into the Orange Bowl, where they will face off against the third-ranked Oklahoma Sooners on New Years Eve for a chance to play in the National Championship.
Thanks to Dabo Swinney and the 2015 Clemson Tigers, a new epic mantra has entered the college football world. We're likely to be hearing this one for years to come.
Check out the highlights from this epic game below. 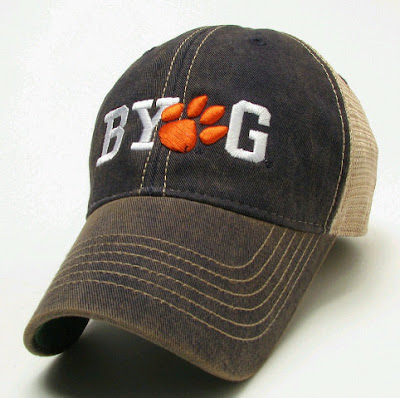 If you've ever been around an Alabama football fan, you have almost certainly heard the phrase "Roll Tide". The Crimson Tide have been shouting it during football games for years, and you can't walk through the University of Alabama campus without seeing somebody wearing a Roll Tide shirt or hat. You may find yourself wondering what "Roll Tide" means, where it came from, and why people say it so much. We're here to help clear that up a bit. 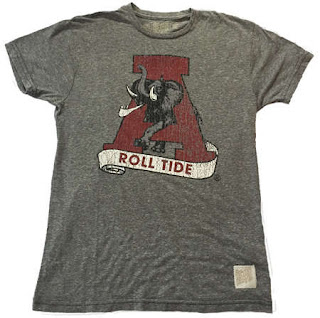 To figure out what "Roll Tide" means, we have to start all the way back at the 1907 Auburn-Alabama game, when the term "Crimson Tide" first started to be used in reference to Alabama's football team. This is generally credited to former Birmingham Age-Herald sports editor Hugh Roberts. According to the University of Alabama Traditions Webpage, Alabama gained the name because of the foul weather conditions during the game. Apparently the mud on the field had a distinct crimson color, and the players became covered in mud, thus earning the name "Crimson Tide." 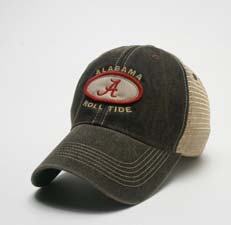 That game also happened to be the last time that Alabama played Auburn until 1948, when the rivalry resumed and fans reported that the Alabama football team "rolled" onto the field, thus beginning what has become the "Roll Tide" rally chant. Since then, there have been a few variations of the phrase, including "Roll Tide Roll", shortened to "RTR".  This phrase won't be going anywhere anytime soon, especially now that Alabama has won the 2015 National Championship. The Vault is fully stocked on University of Alabama clothing, including Roll Tide shirts and hats. Check out our selection by clicking the link below! Shop Alabama Crimson Tide Apparel
END_OF_DOCUMENT_TOKEN_TO_BE_REPLACED

The Vault is a retro sports clothing store on King Street in Charleston, SC. We carry the finest in sports team apparel, with over 200 different teams in stock, including NFL, MLB, NBA, NHL, and the largest selection of Original Retro Brand college shirts anywhere in the USA. Below you will find 10 great pictures of the store looking its best. Enjoy!